We ensure that the Horizon Europe programme becomes known and readily accessible to all potential applicants.

We ensure that you have all the necessary information and knowledge to participate in the Horizon Europe programme.

Sometimes an example says more than a thousand explanations. Especially to reveal the diversity of the Horizon Europe programme.

Save the Date: Kick-off event for Digital Europe programme - 20 October

The publication of the work programmes 2021-2022 of the Digital Europe Programme (DIGITAL) is expected for the upcoming weeks, to be followed shortly after by the first calls for the programme. A kick-off meeting to inform about the content of the programme, its implementation and the support NCP Flanders can give to interested stakeholders is orga... read more

The European Union Agency for the Space Programme (EUSPA) announced a new competition that targets innovators and entrepreneurs ready to develop and commercialise innovative solutions that leverage EU space data and services. The objective of the competition is to support the development of innovative commercial solutions - such as mobile apps or... read more 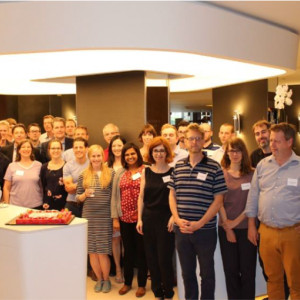 Circusol is an Innovation Action project funded under a cross-cutting work programme part of Horizon 2020. Circusol aims at unleashing the full potential of circular business models, in particular Product-Service Systems, in simultaneously delivering real environmental, economic and user benefits. By that, Circusol aims to establish solar power as a spearhead sector in demonstrating a path driven by service-based businesses towards a circular economy in Europe.