We ensure that the Horizon Europe programme becomes known and readily accessible to all potential applicants.

We ensure that you have all the necessary information and knowledge to participate in the Horizon Europe programme.

Sometimes an example says more than a thousand explanations. Especially to reveal the diversity of the Horizon Europe programme.

Introduction Overview by Programme or use the quick links Legal & Financial Assistance What's in it for You? Overview of call topics NEW

Vacancy EIC Board President and new EIC Board Members announced

The EIC Board President is a new position created to provide strategic leadership for the European Innovation Council (EIC). The task of the EIC Board President is threefold, in short: chair the EIC Board, act as public face of the EIC and act as interlocutor with the European Commission and EU member states. It is a full-time position with a term of office limited to four years, renewable once. Applicants must be nationals of an EU Member State. The new President is expected to be appointed in the first quarter of 2022. The deadline for applications is 17 December 2021 12.00 noon Brussels time.

In addition the 20 members of the EIC Board were announced, among whom Bart Becks, president and chairman of EURACTIV, takes a seat. This new board will takeover from the EIC pilot Advisory Board. Members are appointed for a two-year term of office, renewable twice (with the aim of rotating approximately one third of the members every two years).

More information on the new EIC Board members

The Commission has updated on 30 November 2021 the pre-draft of the Annotated Model Grant Agreement (of all programmes, not only Horizon Europe). This version has been updated with corporate annotations of Articles 1-6 (i.e. annotations for all programmes). These annotations explain notably personnel costs daily rate calculation with single calcul... read more

The slides and the recording of our information session “Horizon Europe for Beginners” of 24 November 2021 are available in the video corner of our website. We have tackled the following subjects Introduction & how to find call topics Interpreting calls & preparing proposals Legal & Financial issues Services NCP Fland... read more

The European Commission has recorded a webinar to explain the background and objectives of the upcoming mission on adaptation to climate change for regions and communities. You can view the webinar here.  You can also find more information on the mission website.  read more 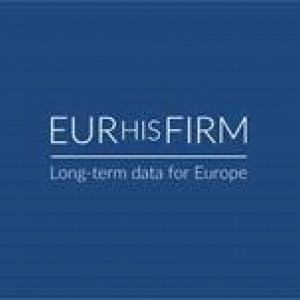 EURHISFIRM designs a world-class research infrastructure (RI) to connect, collect, collate, align, and share detailed, reliable, and standardized long-term financial, governance, and geographical data on European companies. EURHISFIRM enables researchers, policymakers, and other stakeholders to develop and evaluate effective strategies to promote investment, economic growth and job creation. The RI provides the tools for long-term analysis highlighting the dynamics of the past and the way those dynamics structure our present and future.

The EURHISFIRM European project received € 3.4 million in financing from the European Commission through the H2020-INFRADEV-2017-1 research infrastructures call. The project started with a consortium of eleven research organisations (including University of Antwerp) from seven European countries.