What is Horizon 2020? How does Horizon Europe differ? Is it interesting for you? Where can you find further info?

Something not clear in the call topic text? ...

Not sure how to deal with a cost category? Questions on the project implementation? We'll clarify the situation for you.

Guide to other support services

We're not the only Flemish support office in the EU-funding area. When and where needed, we refer you directly to the right person.

Agreement on Horizon Europe budget between Council and Parliament

The political agreement, reached on 11 December, between the German Presidency of the Council and the negotiators of the European Parliament for the proposed regulation establishing Horizon Europe, will still have to be formally approved by the Council and European Parliament. The regulation can only be formally adopted after the formal adoption of the EU's long-term budget, the Multi Financial Framework for 2021-2027.

DG Research and Innovation (RTD) launched a call for tenders for a study providing market data about nanotechnology. The study on nanotechnology/nanomaterials is aimed to provide a new set of data from the period of 2017-2020 into the NanoData database at the EUON. This study will follow-up on the previous NanoData study that took place in 2013&nd... read more

Where to find transport/mobility topics in Ho...

Horizon 2020 has come to an end so maybe it is time to have a first glance at the Horizon Europe programme (2021-2027) which is due to be finalised in the next months. Some calls are still under construction but the structure of the programme is now complete. Where can we then find topics related to transport and mobility within this new 7 year fra... read more

139 proposals have been submitted for the above mentioned call. Evaluation results are expected to be communicated in April 2021.   Source: Funding and Tender Portal read more 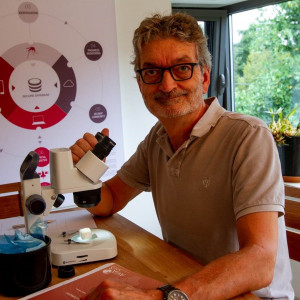 Avia-GIS is a Belgian innovative SME established in 2001. They have built research and public authority trust over the past 19 years and developed a unique, disruptive software suite - VECMAP® - that will support society to overcome one of its important health threats, the spreading of Pests of Public Health importance.

With the help of a Horizon 2020 SME Instrument-phase 2 project, they will be able to add Integrated Pest Management (IPM) functionalities and bring VECMAP®IPM to the market. Within 5 years Avia-GIS will enable 2000 SME pest controllers and 2340 local authorities to shift to IPM strategies. With the grant they will raise revenue from 2 M€ to 14.2 M€ in 2024, and increase the headcount from 15 to 58.

The Horizon 2020 grant was an essential component of their second investment round. To date Avia-GIS already raised 1 M€ in additional private equity and they are now are seeking to complement this with an equal amount as a subordinate loan.